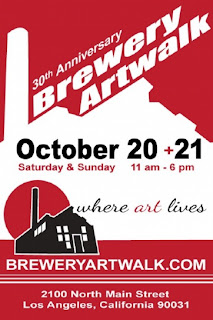 So I've keeping myself quite busy this fall with a handful of art projects and collaborations, as you can see in previous posts. We showcased some work in the bi-annual Brewery Art Walk in downtown Los Angeles in October which went really well! Made some great collaboration connections for in the future, saw plenty of old friends and met a lot of great people!

The Brewery Complex is massive and beautiful with a lot going on.  There are so many artists living and working there, all doing something completely different with their space. 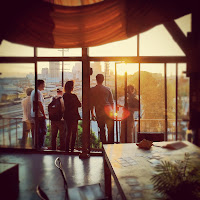 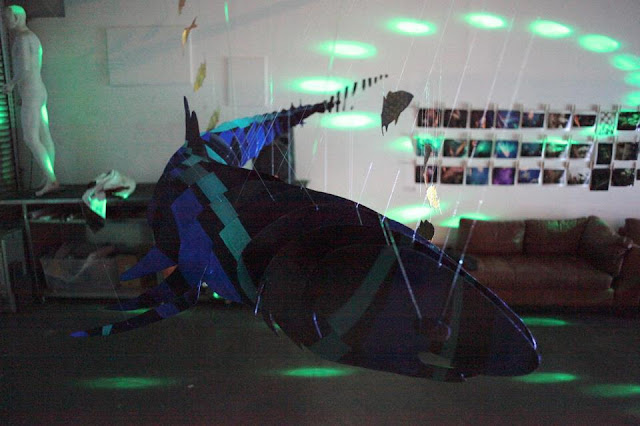 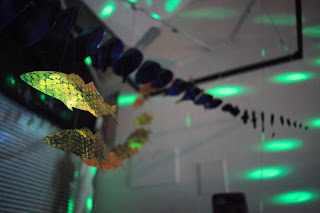 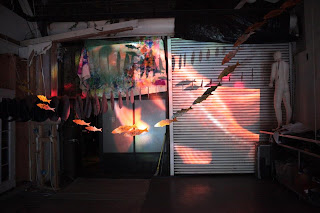 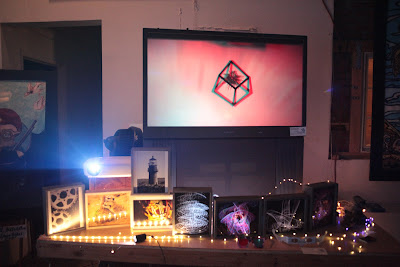 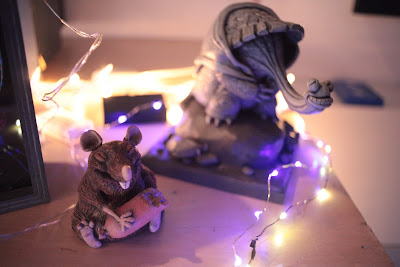 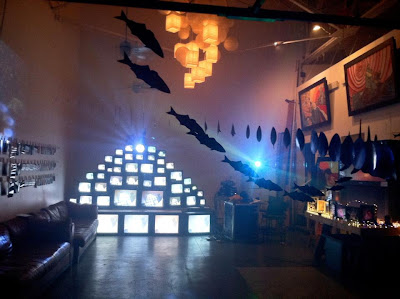 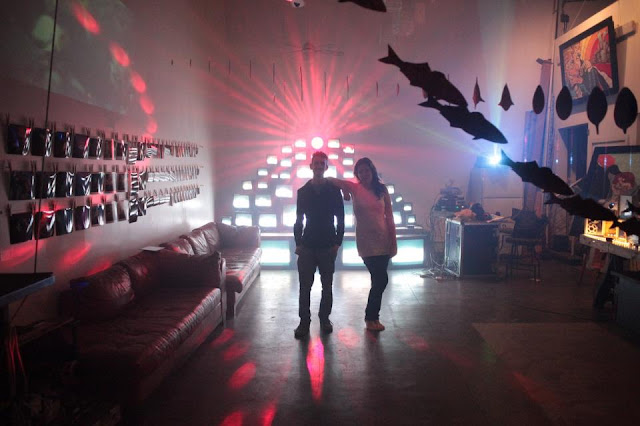 We played around with the idea of making 3D shadow art one night in my living room. We took a light track with red and blue gels to create the color effect. Virtually anything you place in front of the lights looks awesome, even hedgehogs. 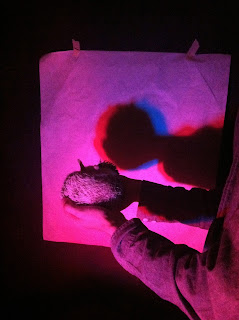 After picking up a 50" rear projection TV on craigslist we gutted it, making it our very own shadow projection box. 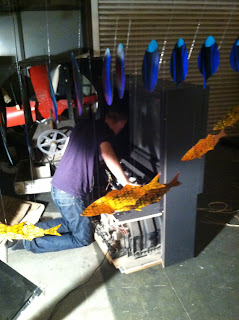 We installed the light track and for the sake of a last minute prototype we fashioned a wooden cube and a bulb made from an ornament and clear straws [but for whatever reason coat hangers look REALLY awesome as well, haha] 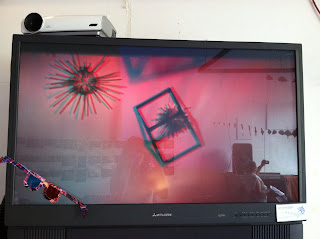 If you have 3D glasses handy, use them for this video!! It works well even via a computer screen.
3D Shadows Prototype from Laura Krause on Vimeo.

Oh, and I made some pretty sweet 8bit shaped 3D glasses with Eric's light paintings printed on them. 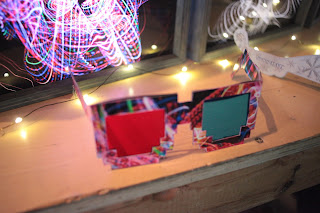 We have bigger, more elaborate plans for making 3D shadows in the future, this was just something we threw together the night before the Brewery Art Walk. And by night before, I mean a few hours before, falling asleep with straws in hand.
Posted by Laura at Saturday, November 17, 2012 No comments:

Way back in March there was a spark of an idea while wandering around the Getty.. which suddenly turned into an all-nighter.. and then 5 month long project with more planning and calculating than we had anticipated.

The results of that first all-nighter with maya and kinkos: 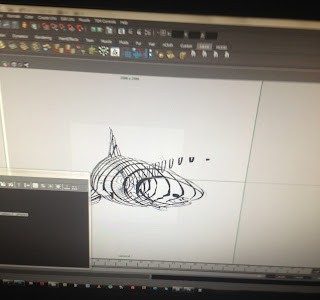 We then projected our prototype onto vinyl sheets, cut it out and tested it in my living room. I painted it after a little maya design planning. 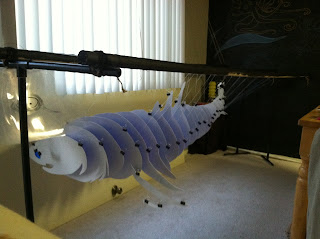 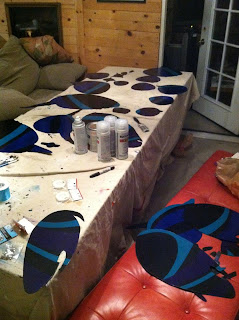 and built a frame which made it into the warehouse rafters via forklift. And then attached it via pulley system so we could raise and lower it while working. Easier said than done. 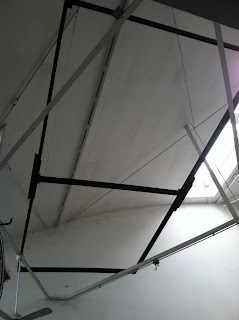 and painstakingly started hanging each piece with fishing line and a variety of clips. More math and precision was needed than you'll ever care to know... and clip weight on those little tail pieces... again, easier said than done. 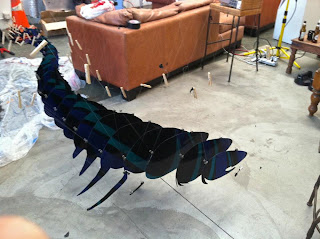 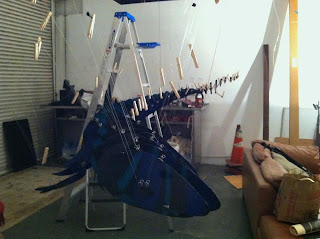 then, as if we hadn't tortured ourselves enough we decided it really needed something else to it.. like a fish helix. 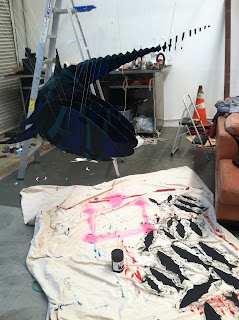 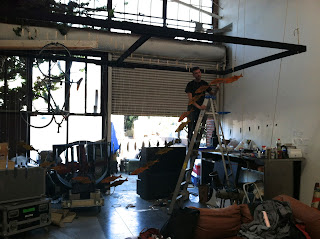 and there's no better way to celebrate finishing a project than with sparklers! 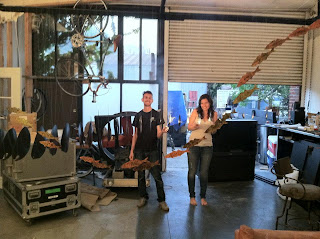 I did a few drawings for a project for a friend last week.. all designs and digital work done by me, getting my hand back into practice again was nice :]  I'm also working on a handful of projects right now, hopefully more updates to come!  New sculptures, a 3D chalk mural in my kitchen, and a handful of installation art.

[the upload doesn't seem to like the periwinkle rhino or blue gorilla..] 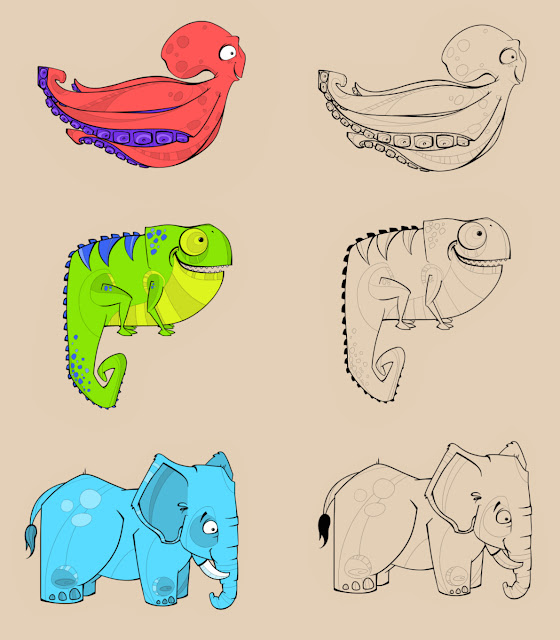 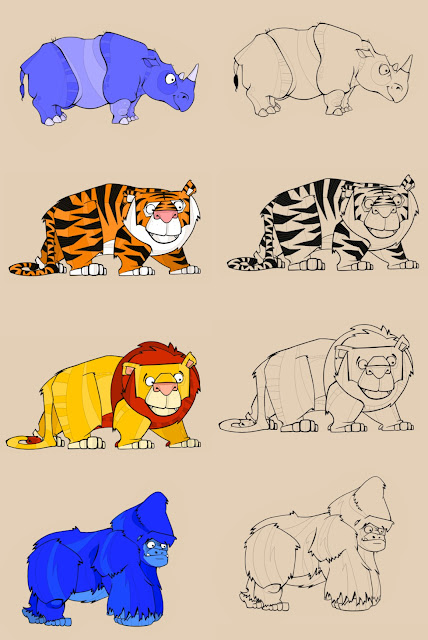 This new p3d model embedding thing is so cool. Here's hoping it makes wireframes and turnarounds in demo reels obsolete!! I hate rendering those so much :D

I've been working on a sculpey project on and off for the past 2 months and finally finished him!  It's Master Oogway from Kung Fu Panda, based more on Nico Marlet's design rather than the final 3d version from the film.  He stands about 10" tall. 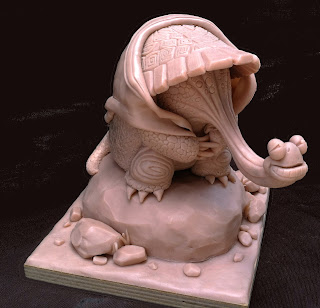 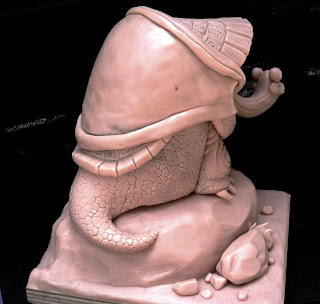 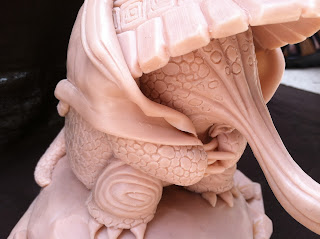 Just updated my reel with some recent work and a commercial I worked on this summer..